Table tennis, more commonly called ping-pong, is a discipline and a hectic and enjoyable sport.

In Asian countries, table tennis is a great institution: the greatest champions of this sport come from Asia; however, ping-pong is also widely practiced in the West and our country.

However, the table tennis grip and the handle of the racket are fundamental to the discipline of table tennis.

Let’s find out together how to hold a ping pong racket in the correct way.

Among the different styles of the grip of the ping-pong racket, the Western style is certainly the most natural technique: in the Western grip technique, the racket will be held with three fingers, with the thumb on one side and the index finger stretched and low on the other.

It will be possible to hit the ball with ease with this handle, both straight and backhand. The Western grip style is the most popular among professional gamers.

The oriental grip style of the ping-pong racket was instead imposed on Chinese players by Mao Tze Tung himself; this handle is still today the symbol of Asian ping pong.

The oriental grip style is also commonly referred to as the “pen” style; the pen style is both Chinese and Japanese. It provides that the racket is held with the handle positioned in the recess of the hand, respectively, between the thumb and forefinger: the racket’s rubber will be practically the opposite of the position it will occupy in the Western handle.

In the Chinese variant of the pen handle, the ring fingers, little fingers, and middle fingers are collected; this is not the case in the Japanese penhold grip variant.

Generally, those who use the pen handle (both in the Chinese and Japanese variants) will have difficulty operating the reverse; however, the service and the straight shot can be characterized by a considerable effect (particularly with the topspin shot).

An unusual movement of the legs characterizes the phases of play between two players who use the pen grip: the players will try to hit the ball with the forehand as much as possible.

How to Hold the Ping Pong Racket Properly

In the previous paragraph, we illustrated the different grip techniques of the ping-pong racket.

Depending on the country you play, there are different ways of holding the racket, which can generally be schematized in a Western handle and an Eastern grip.

The European handle requires that the racket is held in the hand as if you were shaking hands with a person. Regardless of the technique of grip of the ping-pong racket, the game tool must hold firmly and functionally. It is necessary that the hand holding the racket is relaxed and that the thumb and forefinger support the instrument.

The degree of relaxation of the hand is decisive in the technique of grip of the racket to operate an effective shot.

The basic position of a tennis player

A ping-pong player (or pongista) will have to assume an important position, before each exchange, both in the competition phases and during training.

The primary position provides that the player’s left foot must assume a slightly advanced position to favor the dynamics of the forehand shot; the legs must instead be semi-bent and sprung to perform movements and movements with maximum promptness.

The weight of the body will instead have to be discharged mainly on the tips of the feet. The torso must be in perfect balance and slightly tilted forward.

In general, the player’s body must be relaxed but extremely receptive at the same time.

The moves of table tennis

Table tennis is not simply a fun pastime but a real sport, also counted among the Olympic disciplines.

Technique and strategy are fundamental elements of becoming a good player. The training must be strategic and at the same time aimed at holding the racket and mastering the movements with the utmost naturalness; instinct and intelligence are components of primary importance to handle the racket in the best way, in the phases of the game.

Therefore, to play ping-pong, optimize every move, and make it as effective as possible, it is essential to learn how to hold the racket correctly.

The shots in the game of table tennis

With a correct grip of the ping-pong racket, it will be possible to make the game shots in the best way; Table tennis provides a series of shots: there are the exchange, the dribble, the serve, the topspin, the block, and the dunk.

The exchange is the basic shot with which you hit the ball without operating any effect: the exchange is a fundamental blow in the discipline of table tennis.

The dribble is instead a shot that can give the ball a lower power: it is a very useful shot to defend and control the ball during the phases of the game.

The service represents the most important fundamental of the game of ping-pong: the service starts the game that begins with the first exchange between the players.

The topspin is instead one of the most important table tennis shots: this shot allows the player to attack, giving the ball a forward rotation.

The block is instead the response shot to the topspin and is performed with the racket in an almost stationary position: the block has the purpose of blocking the shot of the topspin; however, it is possible to use the block as a real blow and not just as a defense.

The dunk is perhaps the most dynamic shot: it focuses mainly on the speed of attack; crushing will be easier to make on high balls.

Consulting our commercial proposal of outdoor folding ping pong tables, you can view the characteristics of our products. However, the ping pong tables of excellent quality and workmanship are available at unparalleled prices, in reference to the sector market.

Therefore get the best table and hold it correctly by following of the above method! 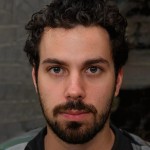 A post titled “Ping Pong Rules and Regulations” may sound boring, but it’s not! At least, I hope not. That’s why we’ve slightly modified it to get rid of some ping pong strange rules and myths. In this post, I will clearly explain the main rules of Ping Pong and thus end the countless discussions… The game is played between two or more players, each throwing a plastic-covered metal disc called a puck into play. However, the goal is to have a player’s disk go through a target line, with the objective being to score points. Players use a pair of mallets (or “pucks”) in their hands to strike the… In what way do we not see this? You purchase a new racket or latex and are pleased to, in conclusion, take the correct holdover. I frequently accepted a new blade or rubber as quickly as the old one was no longer gummy enough.  You can make the rubber sticky in top gears if the…